Today I listened to a radio show that I’d stumbled upon while searching for perspectives on “the creative process” in Google. The radio show is called TED Radio Hour, and it’s jointly produced by NPR. The topic of the show was The Creative Process, and what was particularly interesting was the middle portion, which talked about Elizabeth Gilbert’s (author of Eat, Pray, Love) TED talk titled “Nurturing Creativity”. 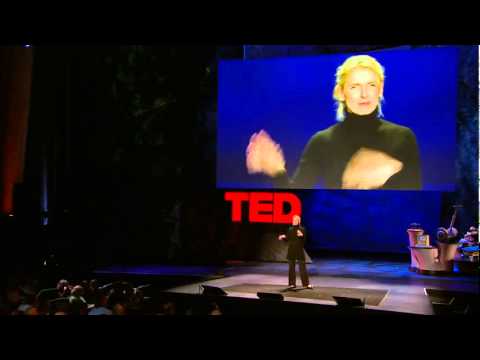 Basically, the radical idea that she proposes is that there exists in society a popular belief that genius or creativity exists within a person, and that inherently causes a lot of anxiety for lots of people who have been successful creatively or are aspiring to be successful creatively because we’re busy wondering “Am I really a genius / not a genius?” “How do I top my last creative success? What if people don’t like it?”. She talks about how this anxiety is something that can seriously interfere with creative work—for example, if you’re trying to write, design, paint, or anything, that half the time you’re worrying about the outcome and its reception. So basically, what she says is that creatives need a protective barrier, something that can allow you to keep working and to not worry too much.

The idea she suggests is that perhaps, instead of people either being a genius or not, she suggests that we might all have a genius. She references back to ancient Roman / Greek beliefs in which creative inspiration was not something that resided within people, but existed out in the world. She believes that by seeing genius as something that doesn’t reside within you but is something that can come and go, you can talk to your genius and ask it to, say, “Come back later when I’m not busy eating dinner!” or “Hey, I’m here trying to work on this now. Why aren’t you showing up?”. It certainly helps to take a bit of the pressure off if you know you can blame it on your genius who’s on an extended sabbatical.

June Cohen, executive producer of the TED Media, comments on Gilbert’s talk by saying that she’s particularly good at unpacking the creative process, and that there’s a lot of interest surrounding TED talks on the creative process, mainly because she thinks everyone possesses at some level a creative impulse to make things. However, because many creatives are non-linear thinkers, it’s sometimes hard to articulate that process in a format such as a TED talk so it can be useful for others.

This is definitely something I should keep in mind as I’m writing this thesis! But more importantly, Cohen’s comments  helped articulate and add perspective to why my particular thesis topic is interesting and significant to myself and perhaps others too. Honestly, there are some days when I feel like I’ve chosen an “easy” topic—studying creative processes seems like a fairly typical project to do as a designer in design school who’s interviewing easy-to-access students and professionals—but then listening to talks like these I’m reminded of the scope of the work and how there is so much left to understand, and I’m wondering all over again that maybe I picked quite a difficult project!

Comments are closed, but trackbacks and pingbacks are open.

Welcome to my thesis blog! I'm Priscilla, and I'm writing this thesis for my Masters degree in Interaction Design, but more importantly, to satisfy this curiosity I've had for a few years now to learn about how creativity really works, and of course, to design something that can support people being creative. This project should last one year, from Spring 2012 - Spring 2013. Feel free to contact me if you have any comments / feedback at priscilm [at symbol] andrew.cmu.edu.